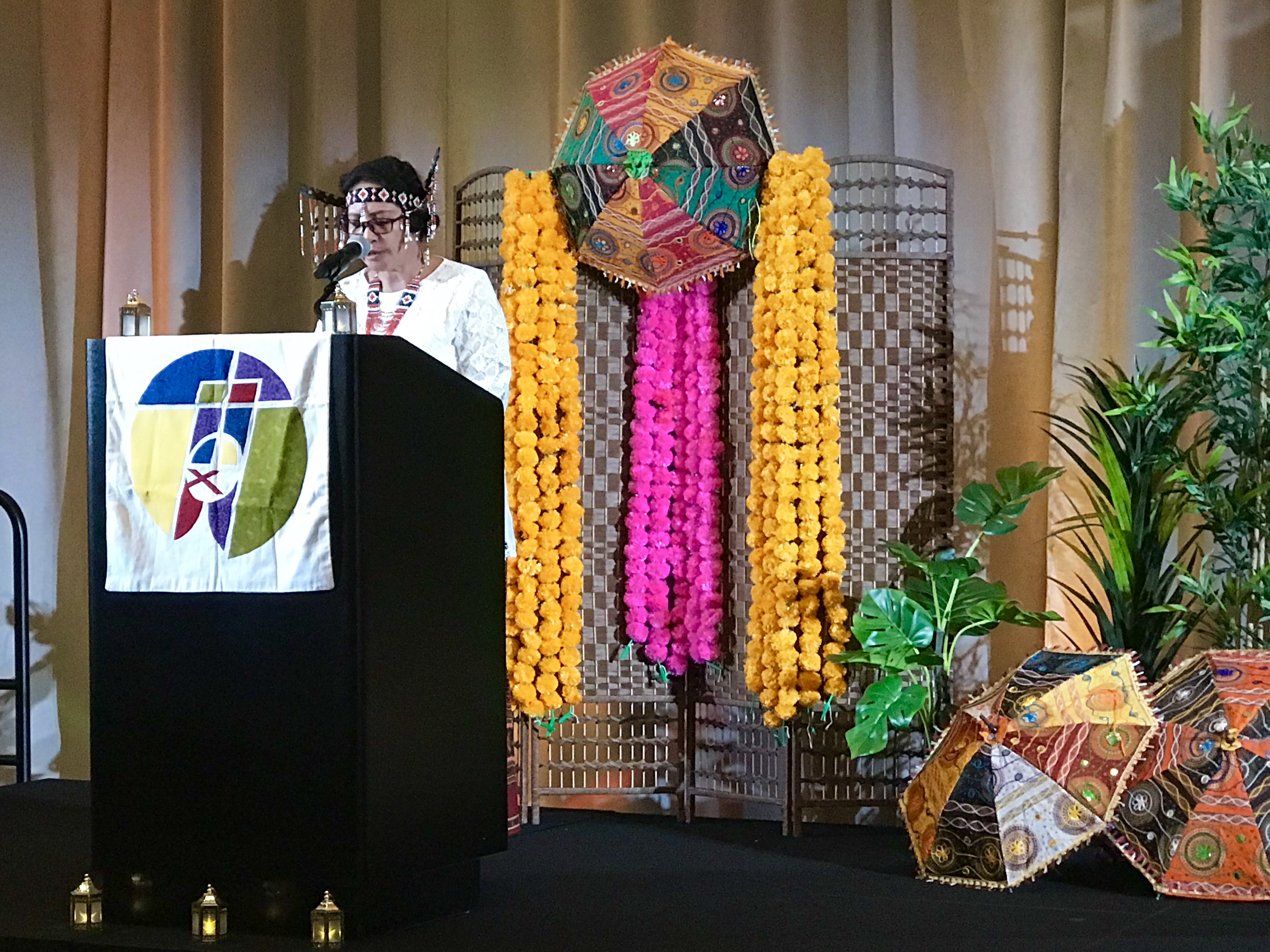 Mutuality is the core of partnership in God’s mission, asserts Mery Kolimon at the launch of the Southern Asia Initiative

“If in the past, mission was understood to be one-way, from the stronger churches to the weaker ones, the Southern Asia Initiative that we are launching together must become a commitment to support a multi-directional mission, one that enables us to learn from one another in a spirit of honesty and humility,” said Rev. Dr. Mery Kolimon, a well-known theologian, activist, and church leader from Indonesia, in her keynote address at the International Dinner that marked the launch of Global Ministries Southern Asia Initiative 2019-20 at the General Assembly of the Christian Church (Disciples of Christ) in Des Moines, Iowa on July 22, 2019. She expressed hope that the initiative would be a time and space for our common advocacy on public issues of injustice, conflict, human rights’ violations, environmental destruction, discrimination, and violence.

Reflecting on the text, Roman 1:12, Kolimon gave a call to recognize the spiritual significance of mutuality in growing and working together in faith and hope. Citing a community practice in Indonesia, she said, “In Timor, we have a tradition: when we meet someone, especially our friends, our family members, we will each take out our betel nut containers and offer one another betel nut, and then sit down and enjoy it together. This Initiative is a meeting in which we are invited to take out the riches of experience and faith that each of us has, and to share them, enjoy them together, and strengthen one another’s ministries. At the same time, we all need to be open to the empowerment of the Holy Spirit who calls and sends us to ministry each in our own place.”

At a well-attended workshop on the Southern Asia Initiative earlier, Dr. Mery Kolimon and Ms. Annie Namala, director of the Center for Social Equity and Inclusion, New Delhi, India offered powerful presentations lifting up the moral and spiritual challenges posed by the increasing incidence of human trafficking, and the blatant practices of discrimination and exclusions in Asia and many other parts of the world.

At this largely attended event, Dr. Mery Kolimon was also given the Global Ministries’ Award of Affirmation. In his citation, Rev. Dr. Jim Moos, co-executive, Global Ministries said, “holding mission as the primary calling of the church, Mery Kolimon enables the Evangelical Church in Timor and Artha Wacana Christian University to be advocates and sanctuaries for victims of injustice in Indonesia.”

“These awards are presented to persons, churches, and organizations that carry out ministry in pursuing those things that make for peace and justice in God’s creation, even when tremendous challenges must be faced, and even in situations that put their lives at risk”, said Rev. Julia Brown Karimu, co-executive, Global Ministries, while presenting the awardees. Others who received the award include: